No other country was so concerned  in beautification and personal hygiene as Ancient Egypt. Most of the products that we now have were invented in Ancient  Egypt. Things like soap, toothpaste, perfumes, lipsticks, make-up palettes, hair extensions, wigs, creams, face masks and a lot of other beauty products. Egyptians were known for good hygiene. For Ancient Egyptians "cleanliness was next to godliness". Body odor was unacceptable. Their daily beauty routine was very complicated. They washed themselves several times a day with a cleansing paste made of water and natron. After that, they rubbed the oil of frankincense or myrrh into their skin. It helped to moisturize their skin and make it softer. 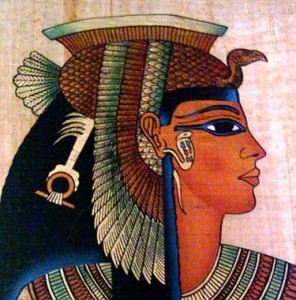 Queen Cleopatra had  a daily routine of taking milk bath for its rejuvenation and exfoliation properties. She also had baths with 1-2 cups of salt from the Dead Sea to fight stress and fatigue.
Egyptians also used face masks made from ant eggs. And they had a special paste that consisted of chalk and oil to remove their heavy make-up.
Ancient Egyptians considered body and facial hair as a sign of impurity and uncleanliness. The Greek historian Herodotus stated that “Egyptian priests shave their bodies all over every other day to guard against the presence of lice, or anything else equally unpleasant, while they are about their religious duties.” Hair removal was customary both for women and men. They had different methods to get rid of unwanted hair. They used tweezers, razors and different depilatory creams. One of their depilatory mixtures was made of  crushed bird bones, oil, sycamore juice, and gum. This mixture was heated and then applied to the skin, after cooling they pulled it off removing the hair glued to it. It is sort of like modern waxing.
You may think that hair extensions is a modern invention. But they were invented in Ancient Egypt. Women with thinning hair weaved them into their hair with the help of beeswax or resin. Wigs were very popular in Ancient Egypt too. People of lower social status kept their own hair. But those of high rank wore wigs. There were different kinds of wigs. Curly wigs were worn only on special occasions. Women's wigs were less elaborate than men's wigs and thus, appeared more natural looking. Beside the aesthetic reasons, wigs protected them from the harmful effects of the sun, from lice and kept their heads cool. Wigs were made of human hair and later of palm fibers. Egyptians dyed the gray hair with henna. They also used henna to dye their nails and for tattooing. 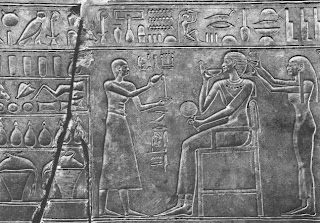 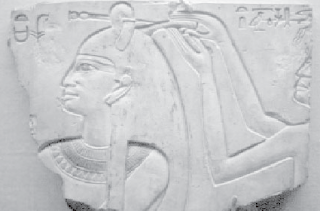 Well, I hope you enjoyed reading this blog as much as I enjoyed writing it. In a different post I'll write about Ancient Egyptian make-up and clothes.
Blessings,
~Shushanna.
Ярлыки: Ancient Egypt Body Care Hair Hair Extensions Wigs 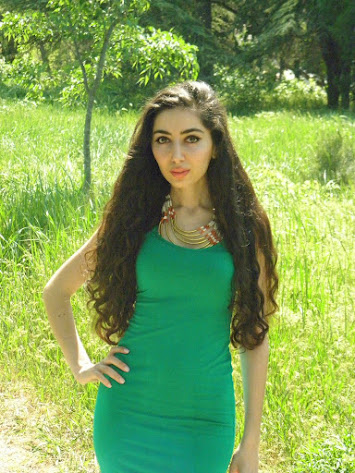 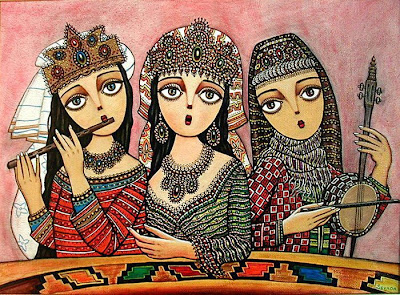